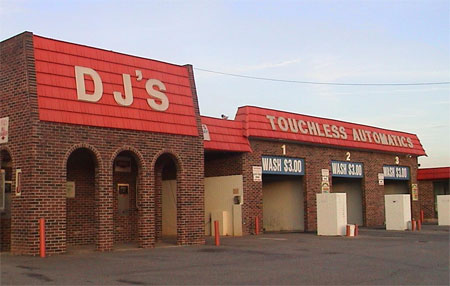 (WARNING, THIS PAGE WAS MADE CIRCA 2009)
Much of the current dj vampling is done with rhythm assistance or quite simply pre-prepared. For example, Coldcut has recently shown a video during their show of George W. Bush altered to sing Hendrix numbers. The precision of these live performances at times undermines the live feel. That said, many dj's have begun using the Pioneer dvd mixers (DVJ-X1) over the last couple years. These are larger versions of the cd mixers made for dvds. They canstore samples, can scratch, save markers... really quite flexible. (A decent description can be found here.) DJ's Yoda, Shadow, and many others have spearheaded this work. In all fairness, however, it must be said that these $4000 Pioneer decks are in large part "loaned" to these well known artists, which makes pioneering a more comfortable ride!

Also check out DJ Spooky's re-appropriation / remix of the silent-era classic Birth of a Nation (David Wark Griffith, 1915) as well as the score he did for it.

A large part of the dj's who are vampling do so with the accompaniment of beat-heavy background music. This is because the shows are largely geared to the dance scene mixing up footage from well known works (Star Wars for Yoda). Audio-visual performers such as AddictiveTV, who put on one roller coaster of a show, use the DVJ mixers as well with a beat-heavy background. Warning, they slather their logo over already pirated material, is that punk or what? Yar!. Here's an example of these types of mixes: "TAKE THE LEAD".
The dvd mixers for now are unwieldy and somewhat clumsy to use but that's no doubt short lived. They aren't perhaps the ideal for creating longer more experimental works as the GRID systems do. Also they don't give you the same kind of contact with speed and intensity that some of the touch pad set-ups, either home made or like the Korg "kaos pad" do. The best bet still seems to use some combo of a variety of tools... more to come on this....


German avant-garde new wave musician HOLGER HILLER released his first solo album in 1980 and then joined in forming New Wave Palais Schaumburg. Very much on the forefront of sound sampling, he made the natural progression to integrate video in his set : in 1988 he made Ohi Ho Bang Bang made with Akiko Hada.

BEN STOKES is best known as Dimensional Holofonic Sound or D.H.S to techno fans (don't confuse with the Department of Homeland Security). His track House of God and its remixes have been played by DJs for two decades now. But it's with H-Gun Labs that Stokes kicked out the video jams beginning in 1988 along with Eric S. Koziol and Eric Zimmerman. Later, solo Stokes created mixes such as Drum Attack (2003) or Tino's Drum Lessons by Tino Corp composed by Jack Dangers of Meat Beat Manifesto and Ben Stokes of D.H.S.

Projexorcism - If vampling had its equivalent in 16mm, this might be how it would look, and Ed is working video into his sets. This insanely explosive performance involves running four dangling 16mm projectors as the sound and celluloid are tweaked till all hell breaks loose. (Pic shows Projexorcism with his rack at Eyedrum in Atlanta.

Mike is based in San Francisco, he delivers "mash-ups with video images" (integrating turntabling vinyl & dvd's)-real crowd pleasers, geared for concert settings, worth checking out... "Relm recently wrapped up his arena tour [...] His other credits include performances for a San Francisco Giants vs. Oakland A's baseball game and the closing ceremonies of the Pan Am Games in Rio de Janeiro... scored a short film for the Disney Channel series 'Too Many Robots,' and created a four-song mega mix for 'Yo Gabba Gabba' (Nickelodeon). Relm also stars in an international TV spot for HSBC."

"A pair of DJs who seem to believe that the whole world is there to be cut and pasted."
-- www.ninjatune.net

Coldcut are dj's who have brought the visual element in, "to promote their work live". Founding members Jonathan More and Matt Black created the label Ninjatune (London) which has been supportive and nurturing towards the vampling movement. They have also been fundamental in advancing software for the art. Their early software creation "vjamm", is now on display at the Interactive Games Room of The American Museum of Moving Image.
Coldcut's Timber project, one of the most "engagé" and collaborative of their work to date was an

touring show aimed to generate awareness of the devastating consequences of industrial timbering. The politics are right on, though some criticized the hard repetitive rhythms as too closely reflecting the object of their critique, heavy industry. To be sure their "corporate, ecological, anti-authoritarian vision found its technical expression in the group's continuing interest in interactivity with their audience."(Coldcut).
One of their most astounding projects, a model for audio visual sharing, was "revusa.net" which provided over 12gigabytes of downloadable sound and image of the last 40 years of US politics prior to the 2004 US elections. The only drawback being that this was to be used "to create a cut-up over a Coldcut beat". " The result was Coldcut v. TV Sheriff, "World Of Evil," widely acclaimed and somehow regularly shown on MTV."

His raw beat-free flow work makes for someone to keep an ear and an eye out for. Works largely in collab with dj's, somewhere between vampler and vj- great textures and sense of a-rythm, employs a wild range of sampled materials, "Anotha hista frameshit"(?) sampling the eternally relevant image training from Clockwork Orange "Thanks to the graphics of his Atari 1040 he had at 6 years old, he kind of became obsessed with pixels, bitmaps, addicted to lo-fi and noisy frames. He started then to make his own musical experiments with his guitar, softwares like Rebirth and Fruity Loops". www.vidioatak.org

Please send us information regarding other vamplers as we start this listing.
we are particularly interested in finding out about projects moving towards a potentially "popular" form of live cinema !